The air cleaning electrostatic equipment, which used to clean air form smoke and odors STRADA FES, made in the form of uniformly sized modules.

No. 1 – mechanical particles air purification, ionization and ozonation, No. 2 – precipitation, No. 3 – hepa-adsorption. The modules are equipped with trays for collecting oil aerosols. Passing through the installation modules, the air is subsequently cleaned from smoke, oil aerosol and odors. 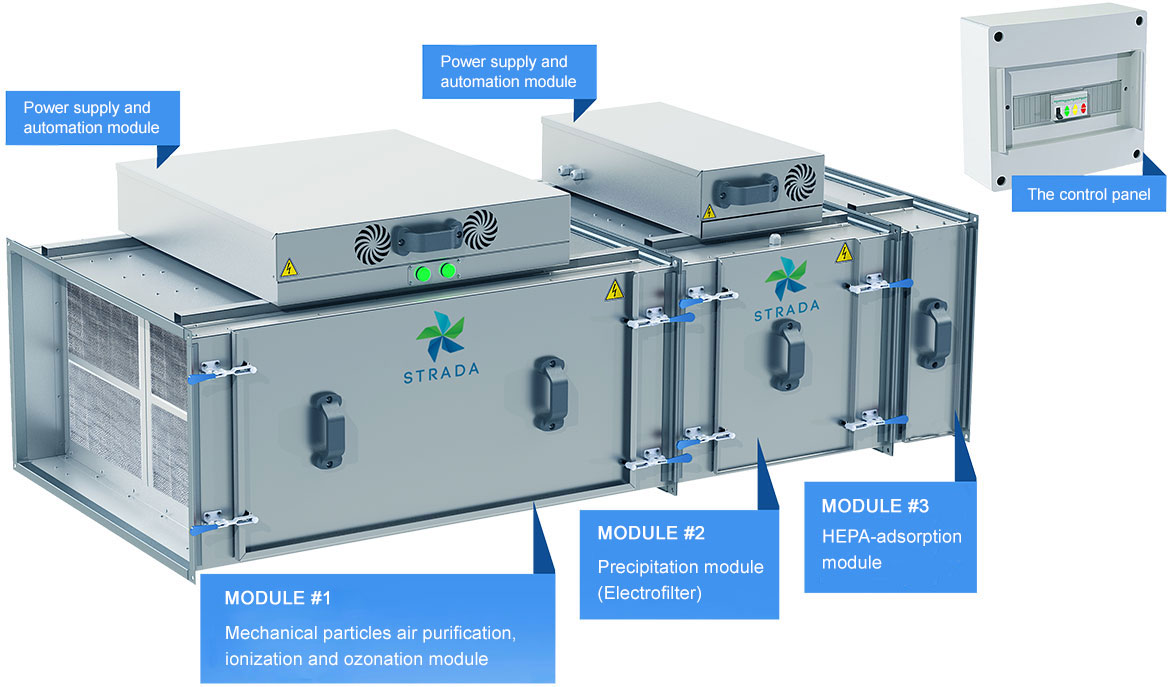 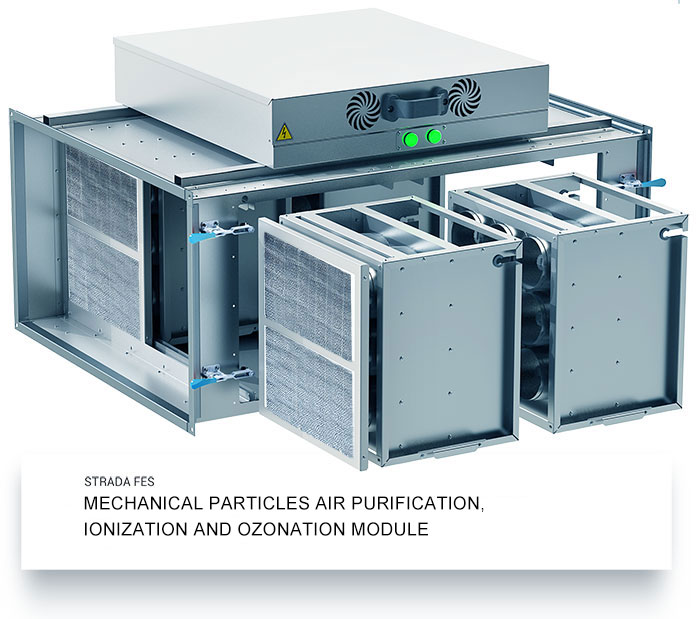 Tubular elements, with the corona discharge electrodes located in them. A high-voltage corona discharge flows between the corona and tubular electrodes, in which all suspended particles, including smoke and oil aerosol, are ionized. In addition, ozone produced in concentrations necessary for exposure of gaseous substances to molecules. Replaceable sleeves are located inside the tubular electrodes, which act as the working surface of the electrode and make it easy to replace them and further washing in the dishwasher. The corona discharge electrodes also have an easily removable design, which reduces the time spent on servicing the ionization module to several minutes.

The shape of the corona electrodes developed with the latest technologies for modeling electric fields provides maximum energy efficiency and preservation of full ionization at any degree of contamination. All removable elements have small masses and sizes, which makes their replacement easy and practical.

It consist of alternating plates, some of which are under high voltage, while others electrically grounded. Ionized particles, going with the airflow between the plates, settle under the influence of an electric field and deposited on the plates. The innovative design of support insulators in the precipitation module allows you to maintain higher reliability and cleaning efficiency compared to similar devices even with severe contamination of the plates. At the bottom of the module is a tray for trapped contaminants.

Design features and small sizes of the deposition module allow it to be washed in a dishwasher, while maintaining high reliability of insulation structures without additional maintenance. 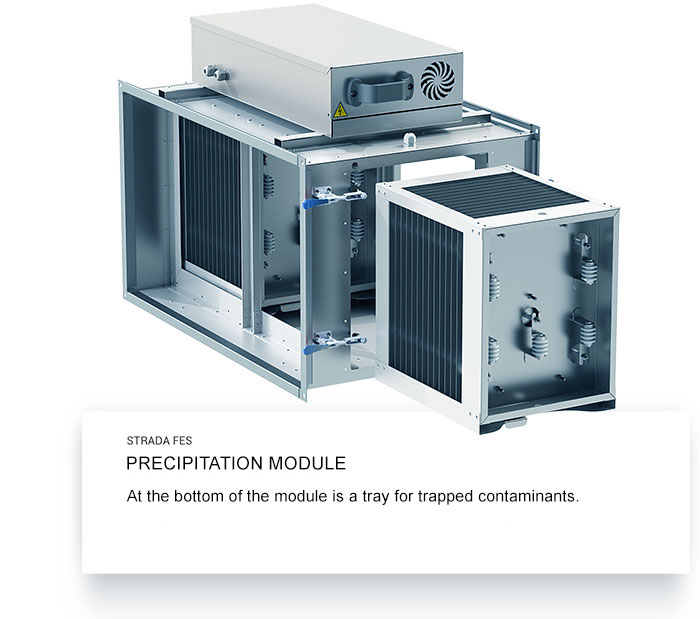 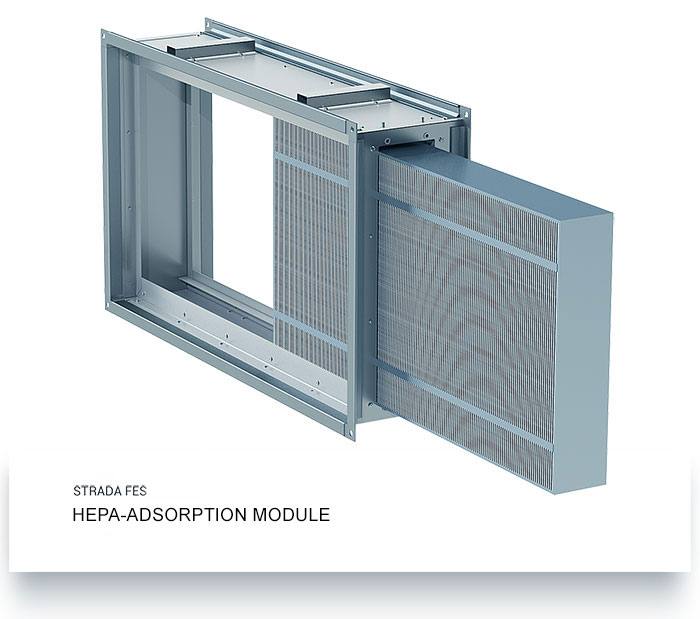 Computer modeling of aerodynamic processes used to design the modules. The filtration rate is calculated experimentally for the thickness of the adsorbent (catalyst) layer. Thereby, it was possible to achieve the maximum possible efficiency of filtering odors and at the same time significantly increase the service interval. Adaptation of the overall sizes of the sorption module to the sizes of the electrostatic module made it possible to reduce the dimensions of the filtration unit as a whole.

Two-stage ionization of smoke particles, oil and fat aerosol contained in the air stream, the effects of ozone on gaseous substances having an unpleasant odor

The destruction of molecules of gaseous compounds